Thank you for being with me in ministry. I have reached the end of my one week on/one week off cycle in and out of Mexico. My next trip will be the first week of October, followed by two more October trips…but more of that later.

Last week, I was blessed to be with two teams from Alberta, Canada. They built a total of three houses. Both teams had come down last year. One of the teams had a 100% return rate and added 3 new members to last year’s team of nine! That is quite an accomplishment…I think it’s a first.

I went to visit Cristina and Tomas, for whom we built several months ago. In talking with them it became apparent that they knew Jesus but had no personal relationship with Him. Once again, I used the analogy of the gift of a house to explain to them the gift of eternal life that God freely gave to us – no strings attached – and that we just need to say, “Yes,” to Jesus – believe in our hearts and confess with our mouths. Husband and wife eagerly accepted Christ and entered into a personal, eternal relationship with Him. Hallelujah!!

As of Tuesday the 8th of August 2017 when we prayed and commissioned them, Bill and Peggy Sopher became the directors of a new YWAM Base in Vicente Guerrero, Baja California, Mexico. What a joy and a blessing it is to welcome them into this family. Quick bio: the Sophers have been in missions for years. We have worked with them for years. They have been involved with thousands who have gone to Mexico on short term missions and have facilitated the building of several thousand homes. In 2015, they attended a DTS. Since returning from their DTS we have been talking about incorporating them and the location in Vicente Guerrero into the greater YWAM family. We are not sure exactly what this new YWAM expression will look like, but we will explore together, pray together, grow together and let God show us the way forward…it’s exciting.

It is hard to​ ​express​ ​in words ​my appreciation for the part that you play as my co-laborers. My prayer is that God would speak to you His words of affirmation and recognition for your partnership in this ministry. And that He would bless you, strengthen you and show you His pleasure​.​

Thank you for your heart to get to know our missionaries! 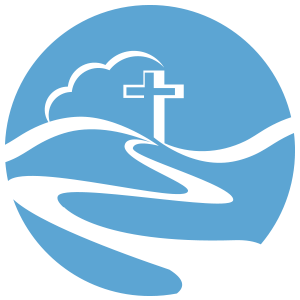